A Shortcut to Strategic Communication 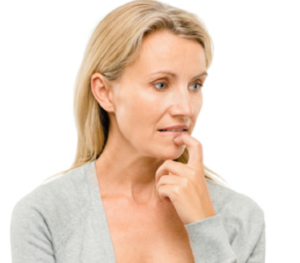 To Text or Email …

To Call or (Virtually) Meet …

Use this Strategy Matrix to Decide

Stupidity or feet of clay. Sooner or later we all make missteps from one or the other. Learn from my mistake, then check out the matrix I wish I’d had then.

Once upon a time, there were things called corporate annual reports: documents in which public companies shared their investment story and that year’s financial results.

The CEO of a uniform rental company and I were frequently at loggerheads over that year’s edition. The company had not performed well. So, naturally, he wanted to do a “our people are our biggest asset” themed report.

I remember telling him, “Those results don’t say a lot for your people as a competitive advantage, do they? This isn’t the year to do a soft, ‘feel good’ report. We need to own up to what went wrong and say what we’re doing to fix it.”

We ultimately compromised: focusing on case studies that showed how the company’s employees worked to add value for individual customers.

I Chose the Wrong Way to Communicate

It was time to have our regular in-person quarterly team meeting, which included the CEO and one of my colleagues from the communication agency. I put “annual report debriefing” on the meeting agenda.

When we got to that item, the CEO didn’t have much to say. I was relieved. I’d been through enough with him on this and was glad to put it behind me.

As we walked out of the meeting, he turned to me and said, “Had we met one-on-one to discuss the report, I would have told you a number of things I thought you could have done better. But I didn’t want to embarrass you in front of your coworker.”

In that moment, it was clear I’d picked the wrong approach. I didn’t really want to hear his complaints, so opted for a group meeting where he wouldn’t air them. Instead, we should have met individually. That would have given him the opportunity to vent and given us the chance to move beyond this.

Instead, I went back to my boss and suggested that we move the account to someone else. I’d created a situation where it was unlikely I could rebuild trust. Now it was my job to make sure we didn’t lose the account.

Here’s something to help you avoid issues like that. I call it the Choose the Best Way to Communicate in the Remote Working World Matrix. It lists common techniques, from online group meetings to snail mail. Then it offers the pros and cons of each, as well as their best use.

The first thing you need to do with any communication is figure out what your goal is for it. Then you can use the cheat sheet to help you easily pick the best way to get there.

This tool will help you avoid the feet of clay I had. In my short-sightedness, I was tired of struggling with a man I thought just wanted people to say “yes” to everything he said. So I sold any possible future improvements for just getting him off my back.

Now you can make a wiser choice.