Can You Be TOO Transparent? 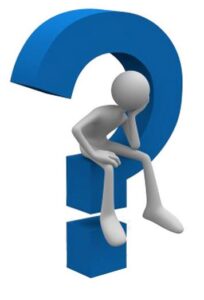 The board of a large professional association was struggling with transparency. The directors asked me to do a workshop on how to have difficult conversations.

Here was their issue. Over the last few years, the board had moved away from being very involved in day-to-day association operations. Now it was focused on more strategic leadership, leaving the association staff to handle implementation.

Directors started getting blowback from members: some of them formerly on the board. They were being accused of not being transparent enough. Not sharing details on operations and operational decisions with state chapter leaders.

The board and staff did what most of us would. To show transparency, they found more ways to communicate. There were new panel discussions. And podcasts. And forums for members to share their thoughts.

No matter what they did, it was never going to be enough.

Transparency generally means keeping people in an organization in the loop: whether the information is positive, negative or neutral.

This quickly becomes an issue of integrity. When someone accuses you of not being transparent, it implies you’re hiding things—which people assume is because you will somehow benefit from that—at others’ expense.

As we dug deeper into this issue, something else became clear. Those who were calling for transparency really didn’t want information or even input. Instead, they wanted to be involved in making the decisions.

These people really did want to see the association thrive and believed they had its best interests at heart. However, they also were getting some attention from members for leading the charge on transparency. This would only continue as long as others perceived it was an issue for the organization.

Talk about a no-win situation.

The Roles of Decision Rights and Improvement Rights

What the association needed to be transparent about is that it operates only when two types of rights are respected:

People who believe the board isn’t heading in a purposeful direction now have a course of action. Instead of using a smokescreen of transparency, they can run for a directorship and become a decision maker.

It’s so easy to get entrenched in our own worldview and take potshots at others. To use emotionally loaded terms like transparency. Or to be held hostage by others who are doing this to us.

Go deeper. In this case, it was understanding the motivations of others and how their needs could be met (by giving them improvement rights) while directors are open to their ideas (and retain decision rights).

This conversation has the opportunity to bring together two groups that really do want the same thing, allow them to get to know each other and see differing viewpoints, and work together in a way that serves everyone’s needs.