Are Your People Afraid You'll Kill the Messenger? 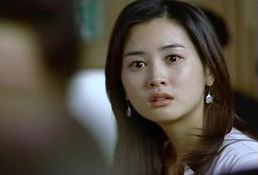 My last boss asked, “How am I doing as a supervisor?”

When people ask a direct question, I respond in kind.

“You have my favorite quality in a boss! You don’t hover over my shoulder and second-guess me. But what’s hard is that whenever I have a question – no matter how simple – I know I won’t get out of your office in less than 30 minutes. And sometimes I don’t have 30 minutes, so I don’t ask.”

For the next two weeks, he refused to talk with me. He thought it was punishment. I liked how much more work got done …

The good news is that most people don’t believe you’ll kill the messenger. According to the Cornell National Social Survey (1,000 participants in 2009), only 20% of people don’t speak up out of fear of personal reprisals.

Here are two more frightening figures. 26% withhold ideas because they think it’s futile to share them. And 54.8% never speak up to their managers about unjust treatment.

Before you say, “Not my people!” take a moment. Open communication comes from you. Here are three simple steps to promote it.

Cut Them Some Slack

It’s likely that feedback – particularly around an issue or your performance – won’t be given well. Or in a way that you like it. (Think abrupt or judgmental.)

You may feel defensive and want to deflect this (“It’s company policy, not my doing!”).

Take a deep breath. Look for the key idea rather than the way it’s being presented. Assume good will – that this is a way to make your area or your company better – not to make you look or feel foolish.

Nothing ever changed with my boss after our conversation – except that I knew he only wanted compliments.

Not every suggestion will be one you can act on. If that’s the case, explain why you can’t do what’s been proposed and discuss (with the person and perhaps your team) what may be possible instead to address the deeper issue or turn it into a workable idea.

If it’s a change that makes sense, then let the person know what you intend to do next. Whom you will speak to about it or what additional research will be done. Keep him or her (and others involved) informed about what’s happening – especially if it turns out the idea can’t be used.

Your people need to know you go to bat for them. That raising issues or making suggestions can result in positive change. And that talking to you isn’t futile.

Ensure those who approach you are recognized – and, if appropriate, rewarded.

It takes courage for most people to suggest something to a higher up. If you don’t already know how they like to be appreciated, find out. This could be everything from having their names mentioned at a meeting and people applauding them, to taking them out to lunch, to getting time off and promotions and raises.

“Atta boy!”s are nice. But ones that show you know the person are meaningful and memorable.

Use these three small actions and you’ll be pleasantly surprised by your return on investment: in more and better ideas, improvements in your capabilities as a leader, and higher morale and increased teamwork.