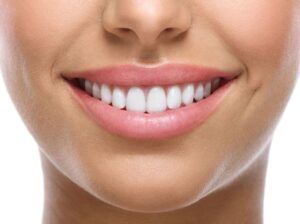 I’ve had the flu for almost a week, with a buzzy and stuffy head.

When I picked up my office phone this morning, there was no dial tone, and the static made me feel as if I was in the center of a bowl of Rice Crispies.

It had snowed overnight and there was only a pale haze of daylight.

The answer is to smile.

Don’t accuse me of being a Pollyanna. There’s powerful neuroscience behind showing your pearly whites.

Start a Party in Your Brain

Your smile activates the four feel-good neurotransmitters in your brain: dopamine, endorphins, oxytocin and serotonin. They reduce your stress by relaxing your body and lowering your heart rate and blood pressure.

I’ve read about “natural” versus “synthetic” smiles. Your brain doesn’t care! It has the same positive reaction to you deciding to smile as when something good happens that causes one.

Research shows that, when others see you smile, they view you as more relaxed, reliable, sincere, trustworthy — and attractive! Your smile is picked up by their orbitofrontal cortex, which is the part of their brains that processes sensory rewards. So your smile actually rewards them!

And most people will reward you right back by smiling. Yes: smiles are contagious. The part of your brain that mimics someone else’s smile is in the cingulate cortex. Your response is unconscious and automatic. And powerful.

We know this because, in a study, participants were asked to look at pictures showing people’s faces expressing emotions: joy, anger, fear and surprise. When they saw a happy face, the researchers asked participants to frown. People had to make a conscious effort to do this — because they already were smiling.

Researchers also have found that when we smile, this changes the way our brains process other people’s emotions. There were two groups of subjects. One was asked to keep smiling, while the others kept their faces neutral. Both viewed pictures of people who either were smiling or had no expression. They were asked to identify which photos showed smiles and which didn’t.

The smiling group identified more neutral expressions as happy ones. This indicates how much what’s going on in our minds and bodies affects what we perceive in others.

Take This into Your World

It’s true. The one who saw the most of me today was my dog, Simon. When I flashed him a smile, he bounced across my office, put his front paws on my right knee, reached up and started to lick my face off.

That’s probably not the behavior you want to encourage with your coworkers. But the two of us sure felt better.