Design Your Meetings to Engage People 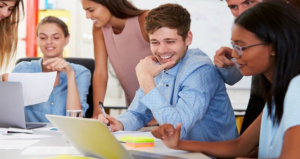 Use Three Neuroscience Tools to Save the Day

“Hey everybody: let’s have a virtual meeting!”—said no one ever.

But the time spent in meetings in general—and online ones in particular—had been growing at a rate of 10% a year since 2000. This increased 24% since Covid arrived.

Not surprisingly, 49% of professionals suffer from Zoom fatigue. The symptoms include burnout, anxiety, depression, forgetfulness, irritability and social detachment.

Yes: some of this comes from the pressure of being “on camera,” even when it’s not required. But a lot of these negative reactions come from poorly run meetings.

Remember all those things that made in-person meetings rotten? No agenda in advance, so people aren’t sure what the gathering is about. Facilitators not knowing when to curtail someone’s off-topic ramblings. Or when to conclude a discussion, so meetings run long. These seem to be amplified when we’re staring at a screen.

I say, design and lead your gatherings based on how people’s brains work! Here are three ways to do that.

People can only hold three ideas in their short-term memories before these are full.

When you go into a meeting with the five things you want to cover, or ideas you want people to remember, the session is doomed before it begins. Design your meetings around the brainpower in the virtual or actual room.

Won’t that lead to more meetings?

Last week, I spoke about virtual meetings at the Association for Financial Professionals 2021 conference. A poll of participants revealed they would rather have two shorter gatherings than one tediously overlong one.

Brain Engagement Tool #2: The Rule of 20

People can only hold about 20 minutes of content in their short-term memories before their minds hit overload.

Once their brains are full, people tune out—no matter where they are. You know it’s true.

Think back to that boring class you took where the professor was droning on. Chances are good you stopped paying close attention before the halfway mark. Then you—perhaps like me—amused yourself by doing tick marks in your notes on the number of times the instructor said “in terms of.” (The high water mark in a 60-minute class was 54. That I still remember.)

Organize your meeting with about 20 minutes on each topic. That encourages you to be more concise.

And don’t just move on to the next subject: because everyone’s short-term memory is still full. Remember to “wrap up” the topic. You or the group summarize key points. Or agree on where more information is needed. Or decide on next steps. That way, you move the subject into people’s long-term memory—and create an opening for the next 20 minutes of the meeting.

People can only listen to a talking head for seven minutes without taking a brain vacation.

Every seven minutes, you need to do something that engages people:

These actions change the energy in the room, wherever that room is. This brings them back to where you and the other participants are. It helps them get more value out of what’s happening and makes the time pass faster.

You can see the structure here: three topics, tops, in an hour session.

Here’s the blessing. If you finish early, then you’re giving people the gift of more time for other things on their to-do list. They will always thank you for that!

They’ll also be happy to attend future meetings, because they know you’ll accomplish what you set out to do. This won’t bleed into their next session. And they won’t be making tick marks during yours.