How Fair a Leader Are You? 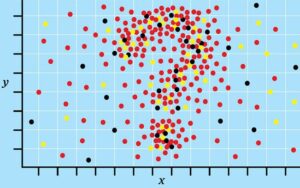 Take the Bad News Quiz and Find Out

The CEO of an industrial parts manufacturer told me about a previous job he held: leading an Italian subsidiary for a Fortune 500 firm.

He said it was the most frustrating post in his career.

“I was there to turn around a division with poor performance,” he explained. “They picked me because I’d done this before with some U.S. operations. I came in, ready to roll up my sleeves.

“Then I started meeting with different employees. To a person, they all told me that everything was fine—when it clearly wasn’t. At first, I thought they were lying to cover up mistakes. Then I realized it was cultural: in Italy, you don’t tell leaders bad news. It’s considered a loss of face for everyone.

“No matter how many times I told them I wanted to hear bad news, they couldn’t bring themselves to tell me,” he said. “I finally gave up and moved on.”

This was a communication silo he couldn’t break: hiding the uncomfortable truth from the boss.

We All Say We Want to Hear Bad News, But …

Two things are in play here.

No bad news messenger likes to admit to screwing up. Most of us spend a little time in finger pointing and justification before we’re willing to take responsibility.

Then we fear more than the repercussions of our (or others’) actions. There’s also the squishy feeling of looking like a failure before our peers and the possible career recriminations we face.

All leaders think they’re fair. The chairman of Daimler AG, Dieter Zetsche, said, “ The higher you climb up the ladder, the more people will tell you what a great guy you are. The worst trap you can fall into is believing them.”

Too few remember the courage it takes to say things aren’t right—especially if people can’t trust a leader’s reaction. It’s a lot easier to act like those Italian employees.

What’s a Good Leader to Do?

Here’s a a one-page checklist with this quiz.

Don’t Roll Over; Roll Out a New Approach

Bad news can be devastating. A new product or service that fails. An important client relationship lost. A competitor with a new approach stealing your market share.

I’m not suggesting we all sit around in a support circle and share positive affirmations to save the messenger’s self-esteem. But it is important that you let people know they can tell you the truth about things going awry without being afraid of the outcome.

One of the best ways to communicate this is by telling turnaround stories:

Show you’re open to the bottom/up information—even when it’s bad news. Break that communication silo of isolating yourself from the uncomfortable truth. Be a leader who actually is fair.