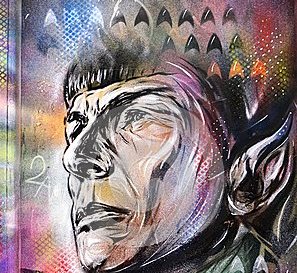 In the original cast of Star Trek, Mr. Spock was my hero.

Instead of getting mired in the messy world of emotions, he rose above it. (Although I often noticed how hard his human shipmates worked to shake him out of this.)

It turns out he would have made a lousy consultant.

We’ve all done it. Created an idea or a proposal we wanted someone — a client, a boss, a colleague — to sign off on.

We included all of the logical reasons the person should agree. These were arranged in descending order: starting with our strongest one first (in case she or he didn’t read the whole document or give us time to present everything). We answered the objections. We built an airtight case.

How could this happen?

It’s All in Their Heads

We believe people make decisions logically: in their prefrontal cortex (the part of the brain responsible for complex thinking and planning). That they’re looking at our proposal or listening to us and doing a mental list of the pros and cons on what we’re proposing. And that whoever offers the most pros wins.

Isn’t that what we do?

We’re all full of crap!

We make decisions in our limbic system: our emotional brain. And then we back and fill with our prefrontal cortex — coming up with the logical reasons why we made this choice.

How do we know this? Neurobiologist Dr. Antonio Demasio carried out experiments with people who had injured emotional brains, but whose prefrontal cortexes were intact.

He discovered that even the simplest choices — such as a red pen or a blue pen — were beyond them. They could logically describe what they should be doing, but they couldn’t pick something and take action.

Do People Who Don’t Say “Yes” to Us Have Brain Damage?

More likely it’s that we built our case on logic rather than appealing to their emotional brains. When we do this, we’re speaking to the part of them that’s most resistant to new ideas. It’s evaluating the risks involved in making a change –and more often chooses to take no action (because that seems less likely to get them in trouble).

Here are two things you can do next time to increase your emotional appeal to a decision maker:

#1: Invite them to tell you their problems, pains and unmet objectives. This isn’t news to you. But what it does for the people you’re trying to reach is get them to feel these issues more intensely. Even before you open your mouth about any solutions, you’re connecting with their emotional brains.

#2: Create a vision for how you will take them beyond these issues. 75% of people are visual learners: they think in pictures and images. Speak to them about the details of how their lives will look after they’ve done what you suggest.

5% of people are kinesthetic learners: they think in feelings and tactilely. Speak to them of how they will feel once these issues are gone.

No one will ever do what you suggest because it’s logical.

Help people feel the advantage of saying “yes” to what you suggest. This comes from telling them a story about their new and improved lives, which appeals to their emotional brain. Get into their heads in a good way.