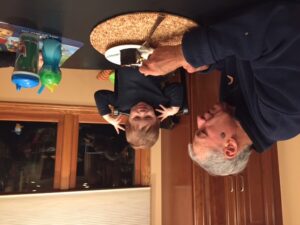 After having a temper tantrum, my nearly three-year-old grandson Wyatt looked up and said, “I just had a fit!”

I must admit: hearing about “authenticity” gives me one.

It’s a trick of my brain. Say “authenticity” to me, and I hear “synergy.” Or “core competency.” Or “empower.” Or “take offline.”

There was a time when all of these words actually meant something. Synergy was about a powerful combination. Core competency highlighted something a person or company did well. Empower spoke to giving people the tools they needed to succeed.

I must admit to particularly hating “take offline.” It reminds me that we all spend too much time in front of our digital device of choice, and we consider a personal conversation as a detour rather than stimulating.

Look up “authenticity” and you’ll get “the quality of being authentic.” Already we’re into circular thinking—and we haven’t even gotten out of the online dictionary! Push further, intrepid soul, and you’ll get to “undisputed origin; genuine.”

Do We Really Want Authenticity?

Here’s the thing that frightens me most about authenticity. We’re always surprised when we encounter people being genuine! We expect those we work with to have hidden agendas. To hide their real thoughts and emotions.

Most of us decry this. We say we want to see the real person. But, many times, we’re full of crap. Do you actually want to know that your client is going through an ugly divorce? That your coworker didn’t get back to you on time because he was distracted by his back pain from a recent car accident? That the person you report to is considering filing for bankruptcy?

We’re all messy people. And most of us don’t want to let everyone else know just how messy we are. Plus our workplaces don’t reward that kind of authenticity. These are places of business or – in the case of not-for-profits – service. We’re there to do our jobs with as few detours as possible. The jargon for that is productivity.

We look around and decide how much of ourselves it’s safe to reveal – and to whom. Because we’ve all made mistakes about this, and we don’t want to suffer those consequences again!

There are two takeaways I hope you’ll get from this rant. First, watch your language. Use simple words that have meaning, such as “come up with some new ideas” rather than “think out of the box.” That certainly makes you more human and approachable – something I hope is an authentic wish for you.

Second, try not to punish people for being who they are. There’s the over-analytical person who can never get enough data to feel comfortable with a decision. Or the person who just wants to get a job done on time and doesn’t care about the details. They are being authentic – which can be a pain in the butt!