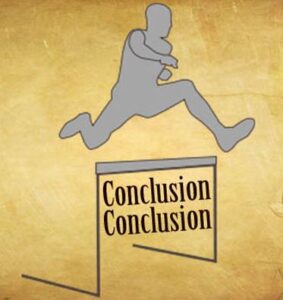 Your Memory IS Playing Tricks on You!

When we were kids, my older brother Mark used to say, “You have a great memory. You remember things that never happened!”

I used to bristle—and protest—over this. It turns out he was right.

It’s called “the misinformation effect.” Here’s how it works. You have an experience, which is stored in your memory. Later you learn something about what happened—true or false. This causes your brain to alter the original memory to include the additional information. The result is that you firmly believe you noticed the “new” stuff in the original situation.

We’ve heard—particularly in this election year—that the more an idea is repeated, the more likely we are to believe it. (Unfortunately, both presidential campaign managers are counting on this.)

We also know that eyewitness testimony can be unreliable. According to the Innocence Project, mistaken eyewitness identifications contributed to about 69% of the over 375 wrongful convictions in the U.S. that were overturned by post-conviction DNA evidence.

The legal term for our ever-changing memory is “contamination.” How can we prevent this when it comes to the important things at work?

Fortunately, in this case the answer is simple—and backed by research.

Tufts University had people watch a silent film depicting a crime, then take a test to learn what they recognized.

Next, they listened to an audio narrative that described the crime. It included three different types of details: 1) ones that matched the film, 2) others that were misleading, and 3) others that were neutral. After hearing the audio, people were given another recognition memory test, which assessed their memory for the original event.

Not surprisingly, those who didn’t get the warning were influenced by the audio and their memories changed. But both groups that were told the audio was inaccurate were less susceptible to the misinformation. And researchers found there was little difference between whether participants were warned before or after.

What Goes on in the Brain

Tufts put another group through the same experiment. When these people took the second test, researchers connected them to functional magnetic resonance imaging (fMRI) to see what was happening in their brains.

What This Means for Us

First, know we all can suffer from the misinformation effect—our memories are routinely changed by things that happen later.

Second, once we’re aware of this, we can correct for misinformation and get back to a clearer idea of what we experienced.

Third, it doesn’t matter whether someone reminds us before or after we encounter the contamination of our memories—our brains can still retrieve the original experience.

As a leader, you’ll encounter people who told you this happened and later tell you something else happened. Skip your judgment that they were lying to you before or lying to you now. Let them know it’s natural to be influenced by information they encountered since your first conversation. Then invite them to reconstruct their original memory.

Speaking of which, it’s time to apologize to my brother for a few things …