Three Things Corporate Culture IS and Three More It's NOT 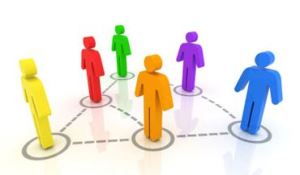 I remember the first time I heard “corporate culture.”

The chairman of the company where I worked summoned me—as director of public relations—into his office.

Lions and Chairmen and Bears

He sat behind his massive desk at the far end of the room (think Wizard of Oz reception chamber). He didn’t invite me to sit. He waved that day’s Wall Street Journal at me.

Then he peered through the black plastic glasses that enlarged his brown eyes and said, “This article talks about corporate culture. I’ve decided we’re going to have one. And it is ‘We are the low-cost producer.’ Come back to me with a proposal on how we’re going to make this happen.”

Suddenly I understood why my boss, the VP of corporate communication, sent me alone that day.

I swallowed hard, because there wasn’t a bit of moisture in my mouth.

“Well, sir,” I began, “the truth is we already have a culture. The first thing we need to do is some research on what it is. Then we need to decide what it should be. And then we need to figure out how to move from where we are to where we want to be. And, by the way, ‘We are the low-cost producer’ is a slogan not a culture statement.”

He was not pleased. I decided it was time to find another job (preferably with a boss who didn’t throw me under the bus).

The good news is that there’s a lot more information out there on corporate culture these days—which can also be the bad news.

The Best Definition I’ve Seen Yet

Being a neuroscience nerd, I know that people can only hold three ideas in their short-term memory. Here’s my favorite description of culture to date, from a Forbes article by Natalie Baungartner, chief workforce scientist at Achievers:

Culture is really the small set of values that determine how you do things in your organization [every day]. These values should drive the three main buckets of business behavior: 1) how you communicate, 2) what you prioritize and 3) what gets rewarded. [bold, italics and numbers are mine]

She suggests three to five key values. You know why I like the lower end. This makes it easier for people to remember, and it also forces organizations to prioritize—rather than throwing in so many things that all of them become meaningless.

What Culture Is Not

You already know #1: it’s not a slogan. While culture must be led from the top, it can’t be dictated. As long as my former chairman continued to sit behind his desk, glowering at those who said things he didn’t want to hear, the culture wasn’t going to be engaging.

#2: it’s not about perks. You’ve heard of companies that allow you to bring your dog to work. Or free breakfast, lunch and dinner. Or unlimited vacations. I found an article about this.

It featured quotes from employees about these perks. The interesting thing was that, most of the time, their first comment wasn’t about the benefit but about the culture. That means the culture drives the perks—versus perks wallpapering over a poor or unclear culture.

#3: it’s not about “culture.” Ask most people about the culture where they work, and you’ll get lots of guesses. Culture is an intangible—and how the heck do you improve that?

This leads us back to Baungartner. Culture is how we behave with each other—and everyone else we encounter through work. That means the only way to improve a culture is not to focus on it, but on how well we communicate, what we tell people is important (through our words and deeds), and the activities we reward.

The Roots of Culture

Being a word geek, I looked up the origins of “culture.” It comes from the Latin “cultus,” meaning “care.” This inspired the French word ”colere”: to “till the ground, grow and nurture.”

Start rooting around in your own culture. If you can’t come up with the three most important words that describe your organization, chances are no one else can, either. And no amount of great perks or investment in “culture change” will bear the long-term fruit of engagement and sustainable profit you want to cultivate.

If you want to go big, start with three small but powerful words.