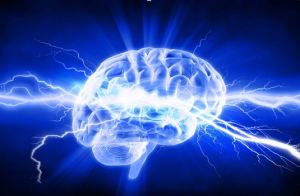 Whether or not you’re happy about the results of the 2016 presidential election, it proves two important ideas in neuroscience.

We Make Decisions with Our Emotional Brains

• Survival brain – where we have three choices: fight, flight or freeze

Research shows that we make decisions in our emotional brains. The election supports this.

Clinton’s campaign was based on ideas that appeal to our thinking brains. She had experience in working within the system: in Congress, as secretary of state, and in the White House as first lady. She had a clear vision and a plan. She was intelligent and cool under fire.

Trump’s campaign appealed to the emotional brain. His slogan of “Make America Great Again” resonated with people who felt disenfranchised and fearful: that their past was better than their future, and they wanted to get back to that. He also represented their anger with the government they believe caused their woes. That meant it was time for an unscripted outsider to represent their viewpoint and blow up all the things that don’t work. How he was going to do this wasn’t important. (Details are for the thinking brain.)

We Suffer from Confirmation Bias

This is a strong tendency to readily accept evidence to support the beliefs we already have. That leads us to look at information that seems to contradict our ideas in an effort to find fault with and discount it.

Until last night, pundits and pollsters had predicted a Clinton win, and that Trump had only a “narrow path to the White House.” It was Dewey versus Truman all over again. The focus was on a segment of the population that traditionally voted, and the opinions of these people, rather than the rural white voters who identified with Trump and came out in force.

In addition, plenty of people in the media had a liberal perspective, so they were looking for signs that supported their viewpoint.

By the end of last night, all of these people were doing a mea culpa about having misread the signs that had been there all along. And now we know why.

Understand that you make decisions emotionally – rather than logically – and so does everyone else. When it’s you, and it’s important, take that extra step of involving your thinking brain to question those knee-jerk emotional choices. This decreases the chances you’ll suffer from buyer’s remorse.

And when you’re trying to persuade other people, know that a case that appeals to their emotions is much more compelling than a list of bullet points.

It’s also useful to know your own biases and question these, especially in the face of information that contradicts what you believe. An open mind is an important commodity – perhaps particularly so in the next four years.