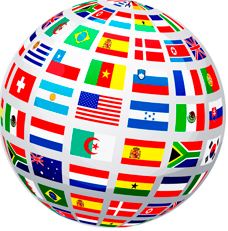 I was one of the speakers at the International Conference on Nursing in London last week.

It truly was international. There were nursing professionals and professors from Japan to Jordan, Bangladesh to Britain, and Texas to Turkey.

That first morning, looking around the room, it was clear: we all thought the crowd was going to be larger.

What happened next would make or break us.

After a low-key lunch, we returned — resigned — for the first afternoon session. Midway through this, a surgeon from Greece rose to express his displeasure in a loud voice and lots of arm waving. As he stormed toward the exit, he told us we should all do the same and leave.

For a few moments, everyone sat in silence. We were all a little shaken. Should we leave?

Here’s the irony. The next day, I was going to talk about how people lose two-thirds of their brains when they’re under pressure, and a process developed by Dr. Mark Goulston to help get their brains back. (We’re in polite society here, so we’ll call this the “Oh Crap to OK” process.)

Now we had an opportunity to go through this as a group.

That is where we were after the doctor left. We were poised at fight, flight or freeze, because all we had left was one-third of our brains: the survival brain. Each of us was saying some version of this to ourselves: “This is terrible. It can’t be fixed! I am so screwed.”

As a group, we started talking about how we felt, which helped get us to the next phase.

“Why does this stuff always happen to me?” All of us felt like angry victims for a while, looking for someone to blame. The doctor? The conference organizer? Ourselves for choosing to come?

But this process — of understanding what we were feeling and being unhappy about it — also was waking up the second third of our brains: the emotional brain. That’s useful, because this is where we make decisions.

You could say this is the “getting ready to get ready” phase. Internally, each of us was saying, “This isn’t going to be fun and I’ll be stuck fixing it.”

The good news is that we were starting to get our human brains — with their higher thinking and planning powers — back. Now we were able to look at our situation and start seeing some options.

Here’s where we started to make our righteous indignation work for us. Our self-talk moved into “I’m not going to let this ruin my conference and my trip to London.”

We were starting to generate enough energy to do something.

Now we were primed to move onto “What can I do right now to make things better?”

I was moderator for Day Two. That morning, I greeted everyone with, “We may be small, but we are powerful! We’re here to share our knowledge, learn from others and do a better job training nurses and serving patients around the world.”

How We Came Out the Other Side

Because we had our brains back, we could hold that vision for each other and ourselves. There was more interaction during presentations and Q&A afterward. There was laughter and goodwill.

At the end of the day, we all agreed: if the conference had been larger, we might have met more people. But we wouldn’t have formed as deep a bond with as many people as we had that day. And most of us celebrated this by going out to dinner to get to know each other better over Indian food.

Since this was an academic conference, it turned out we were the successful experiment. In the room next door was the control group: another conference. It was run by the same organization that had put ours together.

There were twice the number of people in that one. But by noon of Day Two of their three-day program, everyone had left. The only exception were several people who were arguing with the conference organizer to get their money back (because their brains were still missing).

What we all learned was that the number of people wasn’t as important as we had thought. The thing that truly mattered was our passion for what we were doing and our desire to create the best possible experience for everyone in our group — no matter the obstacles.

I smile in gratitude for every person at this conference. And on my desk is a handwritten note from Lillye from Estonia: “You are great !!! Tsank you so much !!!”

Want to learn more about “Oh Crap to OK”? See this article.

Need to find effective ways to get your group to pull together? Let’s talk.