Use the Most Powerful Word in Leadership Responsibly 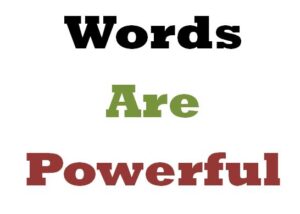 For years, I’ve laughed and noted, “Did, ‘Because I said so!’ ever work?” when spoken by our parents?

It turns out, I was wrong!

You’ll find plenty of research on the language of leadership. One stands above all others when you are making a request.

Which one may surprise you.

Our brains are always looking for short cuts. This includes patterns they identify so we don’t have to think before responding. Apparently, our minds are like stingy power plants: we don’t want to expend energy on something that’s unnecessary.

(Want to know more? Check out one of my favorites: Daniel Kahneman’s Thinking Fast and Slow.)

Many times, these short cuts show up as trigger phrases. We say something and it triggers an automatic response. That’s what “because” does.

Dr. Ellen Langer was the first tenured woman social psychologist at Harvard. She conducted an experiment involving people asking others for a favor (moving ahead in a line of people waiting to use a copy machine).

What This Means to You

Your people want to know why you believe they should be doing something. Tell them.

OK: I think we’re often so starved for meaning, understanding and belonging that we’ll take whatever we can get on this. However, the fact remains that any kind of explanation increases the chances we’ll do what’s been asked.

What This Means about You

It’s true. Now you know you can give any lame reason and still get a favorable response to your request. Choose to use this trigger responsibly. Be clear on the “why” before you stick it behind “because.”

After all, how many times have you automatically agreed to do something, and then realized later that the request seemed bogus? How likely were you to follow blindly again?

Give your people some credit—and an actual reason to follow you. Raise the ROI not only on your communications but in the relationships with your team.