Want to Improve Customer (and Other) Relationships? Answer This 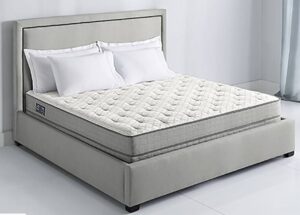 Last week, I closed and sold my house of 29 years. Every possible feeling came up. Happiness for all the good memories. Sadness that there would be no more made there. Fear of what the future would hold. Hurt over the end of some relationships. And anger at the many things I could have done to avoid this situation.

That meant I was particularly raw when dealing with the logistics of moving. This taught me a big lesson about my own business.

I needed to buy a bed. My chiropractor suggested Sleep Number. It seemed simple enough to go to a store and order one two weeks in advance.

After making my decision and asking for delivery on the day I moved in, the salesperson told me, “It won’t be ready yet. You see, we custom-make every bed.”

This was code for just-in-time manufacturing, and I got it. That meant sleeping on an air mattress for a few nights, which I could handle. (Thanks, Karen, for lending me one.) Because of this inconvenience, the salesman negotiated getting me a free $200 mattress pad. (Thanks, Sam.)

I was in my place, waiting for the 10:00-1:00 bed delivery—which never came. Unfortunately, my phone and internet were being ported over at the same time, so I didn’t receive the call telling me that the technicians had been to my place, no one was there, and the next delivery opening was in two weeks.

When I finally was able to reach someone, we discovered they had tried to deliver the bed to my old rather than new place. After much pleading from me and persistence from the service person (thanks, Sanya), arrangements were made to have the technicians come by later that day. She also dropped $199 from the cost because of their error.

When the technicians arrived, they only had part of my bed. The topper was supposed to be delivered by UPS that evening. The technicians offered to wait. (Thanks, Greg and Varlin.) But it ultimately wouldn’t arrive until noon the following day.

After hauling the huge box up to my place, unloading the topper, and finding a video on how to install it, I couldn’t put the bed together because some pieces still were missing. Then I called to find out when another technician would be available to come by for this, and heard that would take another five days. Jill, the customer service person I spoke with, offered to send me a set of sheets for free ($120).

Every time a roadblock appeared, helpful people at Sleep Number offered to give me something extra. While that was nice, it didn’t change the fact I paid a lot for a bed I still can’t sleep on.

I’m a big believer in process. I understand the high cost of inventory, so a bed gets made when it’s ordered. But to have the pieces of it come at different and uncoordinated times makes no sense. And to have one set of technicians who deliver the foundation and another set who install the top of the bed—and not have this happen within a day or two—is crazy.

Here’s the question Sleep Number—and all of us—should be asking. “What’s the human cost of a system designed to save money rather than serve people?” And the follow up: “How long will it take for the problems this creates to harm our reputation and financial performance?”

When the survey came through asking if I would recommend Sleep Number to others, you can imagine my response.

What are our customers, employees and business partners saying about us?

Want to examine the difference between the experience you promise and the one you deliver to people inside and outside your organization? Let’s talk.