We Confuse “More Choices” with Freedom 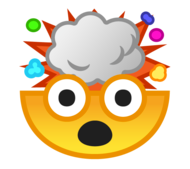 You walk into a restaurant, looking forward to a good meal. Your server hands you a menu the size of the Bible. You stare at pages of options, and your eyes glaze over. There’s too much information, and you’re having trouble sorting through it. Here’s what’s happening—and a lesson for how you lead.

What Kind of “Decider” Are You?

You’ll likely recognize yourself—and others you know—in these two categories:

Maximizers need to find the very best option. They compare all alternatives and evaluate every one before making their selection. Research shows downside of this thorough approach is that maximizers are less satisfied with their choices and lives, less happy and optimistic, and more depressed—ouch!

Satisficers (yes: that’s a word) just look for something to meet their basic requirements. They’re content with “good” and don’t need to find “the best.”

Both groups are affected by the same bias.

Welcome to the Choice Overload Effect

This term dates to Alvin Toffler’s book Future Shock from 1970. He said the more options we have, the harder it becomes for us to choose. That can make the experience of deciding more draining, and then increase the chances that we either put it off, or choose to do nothing because we feel too overwhelmed.

Even worse: when we finally make our selection, we’re less satisfied with our choice and are more likely to experience buyer’s remorse.

The first study on choice overload came from Columbia University. It was done in a grocery store. Researchers set up a booth with jars of jam for people to sample. Throughout the day, the number of jam jars on the table would alternate between 24 and six flavors. Here’s what happened.

60% of customers would stop to get a sample when there were 24 jams, but only 3% would make a purchase. While only 40% of customers stopped for the six jars, 30% would buy a jar.

Researchers concluded that lots of options attracted more browsers, but fewer choices created more buyers. The ultimate explanation was that making decisions takes mental energy, of which we have a limited supply. The more difficult the decision—because of tight deadlines or having to evaluate the variables of different products, for example—the more choice overload people experience.

Choice Overload in the Brain

Researchers at Caltech decided to see how decision-making looks in our brains. They gave people the chance to pick an image to put on a coffee mug they would take home. Participants were put into three groups, based on the number of mug design choices they had: six, 12 or 24. They were connected to functional MRIs to monitor the amount of blood flow in their brains. The more blood flow, the more active that part of the brain is.

Researchers discovered two sections of the brain were the most active. The first was the anterior cingulate cortex, which pays attention to cost/benefit analyses. The second was the striatum, which is involved in determining value.

Blood flow increased until participants were faced with about 15 choices. Then it started to drop. That’s the point people started experiencing choice overload. Their brains didn’t want to work this hard, so they stopped making decisions.

When you’re working with your teams, your clients and prospects, and your partners, know this. Once you get beyond eight to 14 choices, people’s brains zone out. Now you know there’s a point where freedom of choice is replaced by frustration and disconnect.

As your people hit this, it becomes impossible for them to agree to anything! They believe it will take too much energy to make a good choice (even those satisficers). Most of the time they opt out by not deciding. Or if they do, they’re more likely to second guess or regret that choice later.

Pay attention to the number of choices you’re offering the people. Simplify their options and make it easier for them to say “yes!”