What I Learned by Screwing Up a Board Meeting 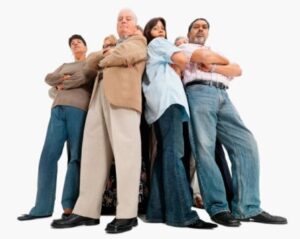 I’m on the board of the local chapter of a professional association. For six months, I’ve been on the committee in charge of updating the website, watching the project languish.

At a lunch with the chapter president, I said, “I’ll be happy to take the lead on this project and get it done.” She was very grateful and agreed.

At the next board meeting, I asked for feedback on 1) the target audience, 2) the functions we wanted the site to perform, and 3) what pages we should have on the site.

The president-elect (also on the website committee) told me nothing I did that day made any progress. When I tried to speak with him to mend fences after the meeting, he stormed out to his car.

The other website committee member told me I was being dictatorial when I said a forum page—which no one had used since 2013—should be scrapped.

Yup: it was one of those moments when I felt like a cartoon character who was hit with a shovel, and my head was vibrating like a tuning fork. After some time to reflect—and breathe deeply—here’s what I learned.

#1: They’re Right about Not Assuming

I thought these people would be happy someone was taking ownership of the project and removing the burden from them. Not so! Each had an emotional investment in this.

The president-elect liked to be in control and didn’t want to see this “taken” from him. The other member wanted everyone to be included, and saw the deletion of a forum page as reducing member engagement.

I didn’t know these things because I didn’t ask them what they thought before the meeting. Neither did the chapter president. They both felt blind-sided and angry.

Next time I’ll check in with people in advance—even if that’s not my “job.” This will help me go into any meeting with a better understanding of the people involved—and perhaps even a little buy-in because they’ve felt seen and heard first.

#3: Don’t Talk to People when Their Hair Is on Fire

After the meeting, I went outside to breathe deeply. After calming down, I went back to talk with the two committee members. My goal was to apologize for anything I did that made them feel uncomfortable and to give them a chance to vent—so we could get past this and work together.

Just because I was ready didn’t mean they were. Both were still simmering—and only interested in making me wrong.

I can’t use myself as a barometer for how others want to deal with a situation. They needed more time.

I’ll do the things I promised—and make sure the committee members as well as the chapter president are consulted before anything is brought before the full board.

I’ll do my best to recognize their efforts and make them think it’s their idea. (I really don’t care about credit—just about getting a decent site done.)

But I won’t be a doormat. When someone yells at me, I’ll listen for the meaning of what’s being said—to see if there’s value in it. I’ll speak in a slower and lower tone, in an effort to lessen the intensity of the situation. And I’ll let them know that name-calling isn’t OK—without letting myself get all superior about it.

Want to know more about having difficult conversations? Go to www.tinyurl.com/ToughTalks for good tips.