What Your Leadership Is Doing to People's Brains 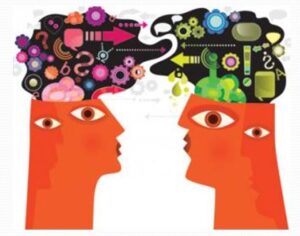 When I became president of the Illinois Chapter of the National Speakers Association (NSA-IL) this year, I knew my leadership style needed to change.

In a sentence, my traditional approach had been “give me a project: I’ll lead it and get it done.”

That could potentially lead to bottlenecks, as people waited for me to weigh in on everything. My interest in control also would stifle ideas from—and recognition of—others.

With the help of functional MRI (fMRI) scans, we now can see how our words and actions affect others’ brains. And sometimes the picture isn’t pretty.

Your Brain on Bad Leaders

In one study, executives were connected to an fMRI and asked to recall experiences with poor leaders. Researchers noticed the Default Mode Network in their brains—which lights up with activity when someone else is engaged with and focusing on them—shut down.

The parts of the brain involved in focused attention became more active. This can help people solve problems and stay on task. However, these areas also reduce their ability to be open to new ideas and emotions, and notice opportunities in the business environment around them.

Not surprisingly, a leader who focuses only what people did wrong—or threatens or demeans them—invites productivity-crushing results. One is that employees spend lots of time and energy avoiding that leader. Another is “effort minimizing”: people do just enough to get by.

Your Brain on Good Leaders

This isn’t just the reverse of all those negatives: there’s plenty of leverage here. The executives in the study who recalled great leaders experienced a more positive state of mind. They were better able to develop relationships, use creativity, be open to new ideas, and approach others.

People who experienced this positivity were more likely to help others “want to use their talent, seek innovative solutions, and adapt to new technologies and the changing environment.”

The executives also saw more activity in their mirror neurons. This happens when someone mimics another person’s behavior and senses how that person feels. That means good leaders invite us to become good leaders ourselves.

Your Brain As a Good Leader

Another study used EEGs (electroencephalograms) to measure electrical activity in the brains of charismatic leaders. The results indicated these people more often use visioning: “creating an exciting view of the future for a business, product, service, or program.”

Charismatic leaders also had greater coordination between their left and right brains than other executives. This is called “coherence”: with both sides showing activity at the same time. Researchers believed that resulted in a more holistic and authentic leader, who is able to walk the talk.

What’s Your Brain Up To?

You have a choice every time you’re a leader.

It didn’t take much brain power for me to see that telling other NSA-IL board members what to do and holding them accountable was pretty uninspiring and, ultimately, unproductive.

It became my job—and then my pleasure—to listen for what interested them and help them gather the resources to get what they wanted. To find ways to shine the light on them at chapter meetings (having a different person host each one rather than me doing it all). To make sure I saw their contributions, thanked them, and shared their accomplishments with others.

I wish I had the visioning part down better. I still get bogged down in to do lists and checking off things. Now I know it’s time to start thinking about the leaders who inspired me and let my mirror neurons give me a hand.

Ready to use your brain to become a better leader? Let’s talk.