Why Our Brains Make Us All Racists 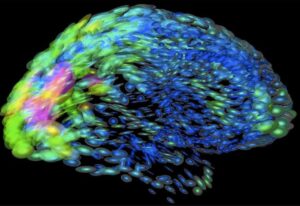 Be Aware of Your Unconscious and Casual Racism

A friend—another white woman businessowner—and I were talking about racial inequality.

It’s true: we believed we knew something about unfair treatment in the business world. For me, it was being offered a lower salary than men with the same or less experience. Sexual harassment and innuendo. And the old boys club in financial services and the c-suite.

The Stories We Tell Ourselves

My friend mentioned being in a conversation with a minority woman businessowner and telling her, “I don’t see color.” The woman was very offended. This surprised my friend, who truly is a person of goodwill.

As we tried to make sense of this, something became clear. By saying “I don’t see color,” we actually negate someone’s background, experience and sense of self. This woman saw herself as a person of color, and it seemed as though we were trying to take this from her. While that wasn’t the intent, it was the result.

Yes: I believe we’re all more alike than different. But that doesn’t mean I can always understand someone else’s life experience. And, apparently, be sensitive enough to it.

Three Ways of Not Knowing

We protect ourselves in three ways:

When it comes to knowing the experience of a person of color in the U.S., all three have been true for me at different times.

Listening to Our Old Tribal Tunes

This can show up in disturbing ways. Research indicates doctors give less pain medication for broken bones to people of color than they do to whites. Minorities also are less likely to receive the right cardiac medicines or bypass surgeries, or get kidney dialysis or transplants.

We think of doctors as well trained and intelligent. How can their treatments be so discriminatory?

Because our culture has traditionally assigned different values to groups of people. There are lots of negative stereotypes out there: biases passed down in the U.S. culture that we’ve gotten from families, friends, influencers, and viewed on screens.

We see this “other” person who doesn’t look or act like us. Then our unconscious searches for those learned associations. It treats these like shortcuts: in an effort for us to stay safe while not having to think too hard.

This is being human: the normal way our brain processes information. But the result is that we treat people differently—like those doctors—without even knowing we’re doing it.

“I’m not a racist!” we say, and firmly believe. But our actions—with that evolutionary drive to treat people outside of our tribe with suspicion—say something else.

We aren’t responsible for what society has taught—and the racism our brain has caught. But we can choose to become aware of our own biases. These become particularly clear when we’re stressed out.

As John Powell, director of the Othering and Belonging Institute at UC Berkley, said, “When there’s tension between conscious and unconscious drives, the unconscious usually wins.”

Watch your knee-jerk reactions. Ask if what you do without thinking is the real you that you want to show the rest of the world. Even when no one is looking. Because you and your unconscious are.