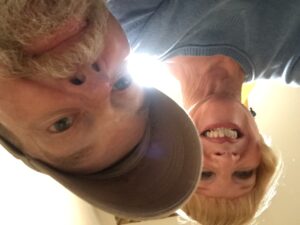 When we were kids, my older brother Mark used to tease me. If an adult would compliment me on being able to remember things, he’d say, “Her memory is so good that she remembers things that never happened!”

I’d always bristle at that insult. It turns out he probably was right. (Still bristling a little.)

Why Our Brains Are Designed to Ignore Facts

We like to believe that our reasoning powers set us apart from everything else on the planet. While there’s truth to this, what’s less apparent is what that reasoning was designed to do.

In The Enigma of Reason, scientists and authors Hugo Mercier and Dan Sperber make this case. Reason didn’t develop so that we could solve abstract problems, make logical decisions, or analyze disparate data and conclude what it all means: much of its focus today. Instead, reason evolved so that we cooperate in tribes.

That’s why some of the choices we and others make can be so confusing.

One example is confirmation bias. Once we’ve formed an opinion on something, almost no number of facts will make us waver.

For example, a Stanford study involved college students who were asked to evaluate suicide notes: which were actual and which were made up. People in Group A group were told they guessed well. Group B folks were informed they did poorly.

It turned out that both groups had the same abysmal success rate. After the students were told this, Group A still believed they had done better than average – even though the facts didn’t support it.

What Kind of Reasoning is That?

Mercier and Sperber believe that reason developed with a social rather than an intellectual purpose.

What was important to our ancestors? Making sure they weren’t risking their lives hunting as others hung around the cave and didn’t pull their weight. Reason focused on not being taken advantage of. And if we could win more arguments (based on unflappable certainty), then we’d hold higher status in our tribe.

In other words, the men think that evolution hasn’t caught up with the current demands on our brains. And – just as powerful – we get a rush of pleasurable dopamine in our brains when we encounter information that supports our viewpoint. That means …

We’re Addicted to Being Right

What can we do? Know that reason isn’t so reasonable – for ourselves as well as others.

Understand that, in general, lobbing facts at people won’t change their minds. We already know they make decisions in their emotional brains anyway – avoiding pain or receiving gain – so that’s probably a better route.

And the next time I feel confident that my memory of something is clear, I need to hear Mark’s voice and make sure this isn’t just confirmation bias. I guess I’ll always be his younger sister.