You ARE Losing Your Mind! 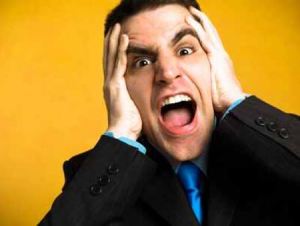 How many times have you ruefully said, “And then I lost my mind!” Maybe it was yet another thing on an overfull “to do list” at work. Or an exasperating exchange with a teenager. Or opening the garage door and seeing huge drifts of snow in the driveway between you and the clear street.

The ironic thing is that when we really do lose our minds, we’re usually not aware of it. That means it can take us a long time to get our brains back.

Here’s a quick trip inside your head – and why it occasionally appears empty.

You Are Losing Your Mind!

Let’s start with some useful neuroscience. There are three parts to your brain:

These brains layer on top of each other and are always there – until they’re not.

Your Three Brains in Crisis

When your brain perceives a severe physical or verbal threat (we won’t get into whether or not it’s real), you literally lose two-thirds of it. Your thinking and emotional brains leave town. All you have left is your survival brain.

Why would you lose the bulk of your brain when it appears you need it the most? Here’s how I explain this.

The Jungle, a Tiger and Your Brains

In the old-old days, when we were living in the jungle, you see a fast-moving object coming at you. If your thinking brain were in charge, it would analyze the image and ask, “What is this thing coming toward me?” Because “it” happened to be a tiger – wham! you’d be dead.

If your emotional brain were in charge, it would be asking, “How do I feel about this thing coming toward me?” And – wham! you’d be dead.

Because your survival brain is in charge, it notices the threat before your other two brains do. It already has you up the tree. And – whew! you’d be alive.

When you’re terrified, your body diverts impulses from the thinking and emotional brains to a particular part of your survival brain, called the amygdala. The amygdala is in charge of scanning your environment for threats. When it finds these, the amygdala takes over. I love the term for this: “amygdala hijack.”

Your Body on One-Third of Your Brain

In other words, your amygdala shuts down your other two brains. You lose your emotional intelligence. Stress hormones (epinephrine and cortisol) flood your system. Epinephrine raises your heart rate – so your body can move more blood to the large muscle groups that may need it for fight or flight. It also dilates your pupils – which lets more light into your eyes so you can see better.

Cortisol puts a damper on your immune system – which reduces any inflammation you’ll suffer if you’re wounded. It also gets your brain stem to stimulate your amygdala even more – which, in turn, produces more cortisol. Now there’s enough cortisol in your system to suppress your hippocampus – which usually is in charge of putting the brakes on your amygdala. Not surprisingly, your ability to make logical choices drops drastically, and your working memory falters.

You can’t reason with someone – including yourself – when you’re in amygdala hijack. What you need to know now is how to get your brain back.

Come back next month to learn how to do this!