You SHOULD Be Daydreaming! 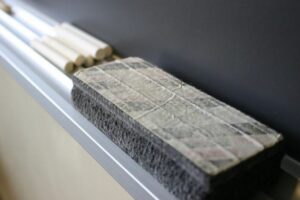 We all went to school with a kid like Neil.

He was the one whose mind was always wandering in our third grade classroom. Much to the chagrin of our teacher, Sister Mary Rafael.

One afternoon, she asked Neil a question in the middle of his personal reverie. After getting no response, Sister Mary Rafael hurled an eraser at the side of Neil’s head, which connected with a smack! He wore chalk powder on the left side of his face and blue plaid shirt all day.

Maybe that’s what started my fear of being caught not paying attention. Public humiliation by those in charge. Snickers and teasing from my peers. Even writing about it gives me the urge to sit straighter in my chair.

Sister was wrong (on several levels), and so are we when it comes to thinking that daydreaming is for slackers. Neuroscience shows it’s a sign of creativity and sound problem solving.

We’re Afraid of Our Own Minds

In a 2015 University of Virginia study, a professor asked participants just to be alone with their thoughts, and watched what happened.

Most people started to lose it between six and 15 minutes. Given the choice, they preferred to be given electric shocks rather than continue to let their minds wander!

What Happens When You Daydream

fMRI (functional MRI) studies of people daydreaming reveal something interesting. You stop paying attention to the outside world and are still awake and alert. Then parts of your brain, collectively called the default mode network (DMN), wake up.

This is associated with creative thinking (or “stream of unconsciousness”). You come up with new approaches because you’re not constrained by established thoughts, rules, theories or procedures. Your brain isn’t censoring anything, allowing you to make unusual connections.

Use Three Kinds of Thinking

You know those moments. You wake up in the middle of the night, or are standing in the shower, and have an “ah-ha!” experience.

That’s because you’re not in a critical thinking mode: gathering facts and data from different places and using knowledge and logic to solve problems.

I’m not knocking analytical thinking, or critical thinking (the analysis and evaluation of information, beliefs or knowledge). All three have their place. It just seems that we’ve been warned that daydreaming—a great source of creative thought—is wasteful, when we clearly need it.

Albert Einstein looked at thinking as a process. Do the research, uncover knowledge and have conversations (analytical and critical thinking). Then follow it with silence and daydreaming (creative thinking). This frees the mind to make connections it otherwise wouldn’t. The result? Fresh ideas.

There are two types. “Good daydreaming” happens when the mind is exploring imagination or creativity. “Bad daydreaming” occurs when we’re focusing on a negative comment or slight. (Maybe that’s where those people went who preferred getting electrical shocks!)

Here’s a one sheet with a list of the 10 scientifically proven benefits of daydreaming. Too bad Neil didn’t have these handy.

Even had she known all of this, Sister Mary Rafael still wouldn’t have appreciated Neil’s lack of attention. The same thing is likely true of you when someone appears to be zoning out at one of your meetings.

So give yourself the opportunity to digitally disconnect and let your mind wander. And your people the freedom to use unstructured time for creative problem solving and generating new ideas. If it worked for Einstein, it’s certainly worth a try!

Need other ideas on how to make your brain work FOR you? Let’s talk.