Your "Why" Doesn't Matter If You Screw Up Your "How" 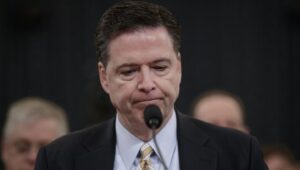 In the last week, a lot of attention has focused on President Trump’s firing of FBI Director James Comey.

There appear to be two camps on this: 1) those who believe his being sent packing is troubling, and 2) those who are incensed by the way it happened. (Maybe I’m not being exposed to a broad section of media, but I haven’t heard too much support for his departure.)

Here are the implications this has for us as leaders.

Your “Why” Doesn’t Matter if You Screw Up Your “How”

Anyone who has ever been fired (which is most of us) cringed when she or he learned how Comey got his pink slip. He was out-of-town, speaking to a group of potential FBI recruits. And he had no idea it was coming that day.

Because we’re so busy at work, we’re rewarded for being decisive. Many times our goal is to get something done and off our “to do” list. Or to delegate an action to someone else so we can focus on more higher value-added activities. It could be argued that no one is more beset by this than the U.S. president.

Losing Control of the Story

Because he did such a bad job of firing Comey, the narrative got away from Trump. Few people are asking if the director deserved to be let go. Most are feeling sympathy for him and fear about life after him at the FBI.

Every time we make a kneejerk decision—and don’t think about how it affects people—we’re tempting a crap-storm of our own.

Small Can Be as Large as Big

This isn’t just about high-profile staff changes. It starts with a million tiny actions:

Who Is Really Hurt?

It’s darn hard to be our best selves every day at the office, and we all screw up. Sometimes we even go out of our way to mess up things for people we believe (or even know) have done us a bad turn. It can feel quite satisfying to create their payback moment!

But whatever harm befalls them, we’ve done something worse to ourselves. Other people don’t trust us. Or believe us. Or want to work with us—because they fear negative repercussions if we’re displeased. So we drive good people and resources away, many times without knowing how it happened.

I’m not a Pollyanna. There are plenty of times we need to give bad news or have difficult conversations. (Here are some tips on how to do that.) But when we’re paying too much attention on why we want a certain outcome and too little on how this will affect others, we lose credibility. And many times this reverberates far beyond the people who are directly involved. (Now someone else gets to be snarky!)