"You're Not Really a Team Player" 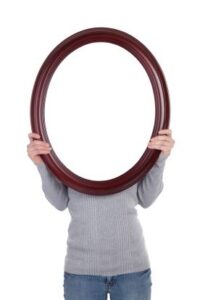 Do you ever have the experience of seeing someone and then jumping back to an earlier version of you?

I was asked to do communication coaching with an executive. He knew his job well. But the people around him complained he was abrupt and sarcastic.

Getting Called on the Forest Green Carpet

Suddenly I was 30 years old, working as an account supervisor at the world’s largest investor communications agency. The chairman called me in. I sat on the other side of his huge mahogany desk, in a clubby office with green velour wallpaper, and fake wooden beams screwed into the acoustical ceiling tiles.

He peered over his half glasses at me and said, “You’re not really a team player, are you?”

I kept my face impassive and said nothing. What I was thinking was, “Have you seen the team I’m on? If I don’t edit their writing, it goes to clients with all kinds of typos and muddled ideas. That’s embarrassing! I have to watch them all the time.”

I thought it was my job to ride herd on people, so clients would be well served. But the chairman was right. And I bet people resented me as much as others did the executive sitting across from me now.

What Are We Doing “for Their Own Good”?

Both this man and I are “get crap done” people. The earlier version of me—and the present version of him—enjoyed telling people what to do. Both of us were shocked when they didn’t do this within our timetables. And we could be a little snarky and superior when reminding them of this.

Fortunately, I have some years on me since then and have been able to pick up a few things. And he was willing to try a new approach.

The Magic of Empathy

We focused on a meeting he was having in two days. This was with a man who had a dotted line reporting relationship to our exec. The two of them had a bad case of smoldering resentment going.

We analyzed this man’s personality style. He was someone who valued relationships, wanted to be liked, and was afraid of being left out. This alone showed the exec he’d been taking the wrong approach—and had been pushing this man’s buttons.

After the exec chose the goals he had for this meeting, we agreed upon a tactic he could use to start the conversation. Something like this:

“I know you think I’m here to complain to you, the way I always do. But I’ve been doing some thinking. I realized there are things I do that make you feel disappointed in me. And you’re probably afraid to tell me this stuff because you think I’ll get angry. Here’s what I think these things are … Is that what you see? If not, what really frustrates you about me?”

Then the exec needed to shut up and listen to understand, rather than respond.

And when the man was done, he could reply, “Thanks for telling me this. I didn’t know … in part because I didn’t want to know. I’m sorry and will try to do a better job.”

The exec did this. Later that day, he forwarded an email that he received from the man: “Appreciate your time today. Was very meaningful to me and I will work hard to improve on my end. We’re good and again—thanks!!!”

One Small Step for a Man

Here’s the truth. When we change our behavior, we invite other people to do the same. It might not be as fast as what the now elated exec experienced …

Sometimes we’re too busy telling people what to do. Instead, we should be finding ways to help them do what they need to. And we can only do that when we consider who they are and how they like to be treated.

Then we can follow a simple and effective approach. Connect with people first. Next, show what’s in it for them.

This not only keeps us off the forest green carpet (which is a good thing) but makes our work relationships more enjoyable as well as productive.

Do you and your team have different styles that are making progress difficult? Let’s talk.