How Do We Find the Truth? 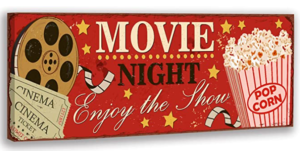 What a Movie Discussion Group Taught Me

I’ve missed watching movies in theaters and talking about them with friends. That made me jump at the chance to join a discussion group.

Our first film was the documentary “Misha and the Wolves.” It’s the story of a woman who writes a memoire of being a seven-year-old Jew who walks across Nazi-occupied Belgium to reach Germany. Her goal is to find her parents, who have been taken to a prison camp. Along the way, she is befriended by a pack of wolves that adopt and protect her.

That’s an interesting story. But what happens next makes you question what you know about Misha and everyone else in or making the film.

The Versions of Truth

Watching the movie made me realize just how subjective “truth” can be:

There was Misha speaking about her life, as a child and an author. Did she knowingly fabricate or embellish the truth or truly believe everything she said?

There were the interviews of her publisher, friends and researchers. Some believed Misha from the beginning. Others were skeptical. Most of them ultimately felt disillusioned about her.

There was the director of the documentary, Sam Hobkinson. What point of view he was using in determining which parts of the story to share and when? How were his choices designed to affect the audience’s perception of those involved?

The Reactions of One Audience

The discussion fascinated me. There were many different takes:

This led me to revisit ideas about truth from my college philosophy classes.

There was Aristotle and Plato’s Correspondence Theory of Truth. Something is true if it corresponds either with the facts or an object that can be clearly seen (“the snow is white”).

There was mathematician Alfred Tarski’s Semantic Theory of Truth. He used “sentences” as his baseline. A sentence either is empirically true or false. You have to look at the semantics of the language to make sure they completely match the conditions under which the sentence is true.

There was German philosopher Gottlob Frege’s Deflationary Theory of Truth. You have to love this one! He said that truth can’t be captured beyond what’s ordinarily visible. To go looking for the “nature of truth” is to search for something that isn’t there.

What Does This Mean for Leaders?

Who knew there’d come a time when we’d wish for those story problems from grade school math? There was comfort in having one right answer.

It seems that we’ve entered a quantum mechanics approach to truth. What felt true to one of my movie discussion compatriots might feel false or incomplete to me. And vice versa.

We don’t have to look far to see someone else who holds a different version of “the facts.” It seems there is a multitude of quite different truths coexisting at once. And we all use confirmation bias to support our version of the truth. Which can make it darn hard to get any of us to change our minds.

I ended movie discussion night thinking about the many versions of truth. Like every other leader, all I can do is know that there’s more than one out there. And be sensitive to and aware of others’ truths. Then find a way to bridge these to work together toward our mutual goals.