What a Murder Trial Teaches You about Communication 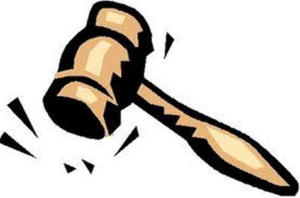 Lesson #1: Look at People and Speak Clearly to Connect with Them.

Not surprisingly, the teenage boys who were witnesses for the prosecution often looked down and mumbled. That made them harder to hear — and they often got angry when asked to repeat something. This also made them harder to believe. I know from experience that teenage boys often look down when they’re lying (many parents can bear me out on this). And when the defense attorney asked questions that led them to contradict earlier statements, we had tangible reasons not to trust their testimony.

The expert witnesses (ballistics, coroner) and police officers all had been trained to look at the jury. So had the attorneys. Although our job as jurors was to listen to what people were saying, we couldn’t help but be influenced by how they spoke and appeared. After all, up to 93% of the information we receive from a situation is nonverbal

In his opening statement, a prosecuting attorney told us about a young man who was celebrating his birthday. He was killed while his mother was cooking his favorite foods for dinner. This was obviously said to humanize the victim.

Then the defense attorney told us the victim was no angel: he was a dealer, and the killing was related to a dispute over territories for selling drugs. And we later learned from the coroner that the victim was exceedingly drunk (a .14 alcohol level). So we felt a little misled. That caused us to look closer at what every attorney was saying. While this was good for us as a jury, it cost the prosecutor some credibility points.

Lesson #3: Speak So Your Audience Understands.

Our judge knew this. Before the trial began, she explained the process to us in plain English. She knew part of her job was to educate us, so we could do our job well. The only two times she resorted to legalese were when she had to read the charges at the beginning of the trial, and then the jury instructions before sending us to deliberate. Otherwise she went out of her way to ensure we didn’t feel as though she was talking over our heads or down to us. We appreciated it.

Lesson #4: Offer to Answer Questions or Give Feedback.

When the trial was over, the judge came to the jury room to answer our questions. This was a very emotional experience for the 12 of us, and we were glad for the chance to “debrief.” (We also got some comfort from the idea that, had this been a bench trial, she would have arrived at the same verdict we did.) She was followed by the two prosecuting attorneys. They were happy to talk about why they presented some evidence and witnesses and not others. This helped give us a clearer picture of our experience.

Lesson #5: Check Your Bias at the Door.

Before this, my only experience of jury duty had been watching the movie “12 Angry Men.” Fortunately, my fellow jurors were the best group of people you could want to serve with. We had a wide range of backgrounds: a college student studying physics, an operating room nurse, a facility manager, a cook (with seven children: two of them in jail), a mother of a six-month-old, an IT professional. But all of us shared one interest: to interpret the evidence and come to a fair verdict. As the foreperson, it was my job to ensure that everyone was heard. I was incredibly lucky that no one felt the need to press an opinion on others. And when one person asked, “Yes, but what if we’re wrong?” we reviewed the definitions of first- and second-degree murder, and discussed the evidence until everyone reached the same conclusion.

Everyone on the jury was just a tourist in the world of 48th and Drexel, which is where the murder happened. We could go back to people who loved us; to homes where we felt safe. I can tell you, there’s nothing like the glimpse of a world where killing happens too often to make me think twice before complaining about the annoying things in my life.