What Happens When We Choose Process Over People 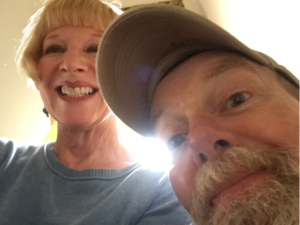 We Lose Our Humanity

My brother Mark is my hero (as you’re about to see).

Seventeen years ago, he was a true craftsman. Mark designed and built custom wood furniture with those extra touches: like cabinet drawers that would close on their own, whisper soft, with the slightest nudge. Then he had a stroke that paralyzed his right side and left him with aphasia. Mark can understand what others are saying, knows what he wants to say but has a hard time getting the words out.

To his credit, Mark lives in his own home on an acre of land in the desert. He maintains this and does everything—including driving—with his left hand and foot.

Why Do You Care?

In organizations, we make up rules (often called policies and procedures, codes of ethics, etc.) to keep employees, clients and our businesses safe and efficient. But we have a tendency to put these in place and not change them. And too often they become the justification for us to say “no” without giving it too much thought.

Mark has had three surgeries in a year to improve blood flow to his legs. The last one was particularly tough and left him in chronic pain. (He isn’t a complainer. So when Mark says his pain is a nine on a 10-point scale, I believe him.)

He was on oxycodone, which is heavy-duty stuff. A few weeks after the surgery, his doctor stepped him down from 15 milligrams to five—not the usual 10—without explaining the change. Suddenly, Mark was in more pain. So he did what many of us might choose: he started taking more pills.

Our next move became going to a pain clinic: to discover and treat the underlying causes for his pain, not just medicate the symptoms.

The Law of Unintended Consequences

The new doctor moved Mark to a patch. Part of the rationale was that he couldn’t over-medicate himself the way he could with pills. The rest was that the clinic didn’t want to be liable for an opioid overdose.

But the evidence-based medicine approach was to start Mark on the lowest possible dosage for the patch and then move him up. In addition, because patches deliver medication through the skin, it can take a while for these to work. Which meant the five milligrams from the patch were even less effective than the pills had been.

As Mark and I lobbied for higher dosages of the patch to address the constant feeling of pins and needles in his legs (even his paralyzed one), we encountered two bromides.

First, that the pain clinic could have “fired” him as a patient because he had taken more than the prescribed amount of oxycodone—and we were lucky that they didn’t.

Second, that he would have to suffer through weeks of lower dosages because that was how the patch prescription process worked. After begging, we were able to move him from five milligrams to 10 rather than the usual 7.5. (Even the doctor could see that they couldn’t run certain tests on Mark because he was in too much pain to do these.)

First, Do No Harm

“Health care” has become an oxymoron for Mark—he is getting neither. He fights through weeks of pain because he refuses to be licked. But he’s also admitted that this can’t go on, he’s getting tired and has a breaking point.

Look around. Where are you relying on a policy, a process, or something else that clearly doesn’t serve the people who work with you, or your customers, or your partners?

When have you said, “That’s the way we do things here” or “This procedure is the best solution” in the face of a person for whom this clearly isn’t working?

Of course you’re a busy leader: every bit as busy as the doctors and nurses Mark is seeing. But once we choose rules over people, we protect ourselves at the cost of our humanity. And we’re slowly putting our organization on life support.