Why Haven't You Already Gotten What You Want? 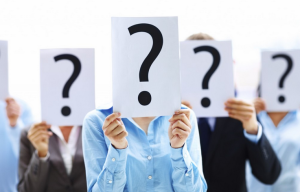 It’s easy to blame the universe. Or bad luck. Or someone who doesn’t like you who’s standing in your way.

But I’ve learned the genesis usually is with me, so I need to start there first.

A friend (let’s call her Sally) explained that her supervisor’s boss seemed to be blocking Sally’s opportunities on the job. She was hoping to travel to Washington, D.C. to organize and develop procedures for a new office, and her supervisor seemed interested.

But Sally had been doing a lot of work with her supervisor’s boss. As soon as this woman got wind that Sally might not be available to do her work, she quashed the idea. And the supervisor wouldn’t stand up for Sally, because she was afraid to incur the boss’s ire.

So Sally settled into an eye-rolling grumble about her situation and how powerless she was to change it.

Hey: We’ve All Been There!

Too many times, we stop at commiserating. But I care about Sally and asked if she was open to doing something about this. She gave me the go-ahead.

My first step was to get more info about the boss. Not surprisingly, this woman is a regulator (according to the CARE Profile system). That means she likes to be large and in charge, wants to get stuff done, doesn’t really care about details or how other people feel, and is afraid of losing control.

Then I asked a question Sally hadn’t considered. “What’s in it for the boss for you to go to Washington?”

We explored a number of ways to present this assignment as a way to help the boss reach the goals she set. Our conversation ended with Sally deciding to think more about how she could present this not just as something she wanted to do, but an action that would make the boss look good.

It’s About All of Us

I do this, too. I think about why someone should say “yes” to me because I want to do something. But I don’t think about why she would be interested in this. What’s the pain it solves for her or the gain it provides?

And until I do that, people are more likely to say “no.” What a shock!

This week, think about the people you want to persuade about something. Then ask who they are, what they want, and why they would be interested.

Then you’ll have the information to present the opportunity in a way that makes it all about them, rather than you.

Let’s all get more of what we want already!